“1984”; easily persuaded thinking was a reoccurring theme Orwell placed throughout the book. Today we call it fake news.

Spoiler alert: There is no such thing as an implantable microhip with GPS. Never the less, every so often somebody will insist the technology does exist and it’s the insisting that really grinds my gears. As if I, my attorneys, investors, and advisors didn’t do any front end due diligence. Put your iPhone back in your pocket listen you dumb condescending __________ (fill in blank with your preferred adjective).

If you read “1984”, this type of easily persuaded thinking was a reoccurring theme Orwell placed throughout the book. Today we call it fake news. The topics and sources of which differ, but the main point to take away is that many accept what is completely false as truth.

As a founder of a StartUp, I find this to be particularly annoying. It is often suggested that we invent an implantable microchip with GPS and it’s a great idea, but unfortunately totally not feasible at this time.

It’s one thing when an online retailer sells RFID microchips and GPS collars, for example and their site ranks high in search, but when one puts out a totally fabricated news story as a deliberate attempt to game a crowdfunding campaign to rip people off it’s a crime.

You can read all about that here.

GPS relies on an external power source to work. GPS collars, for example, are great. The only draw back is that they require a rechargeable battery. Further, GPS chips themselves (at time of writing) are much too large to be implanted in an elephant let alone a small kitten without killing it.

Would an implantable microchip with GPS be great if it could work for pets? I think that it would. Nevertheless, it would be contested by many and ultimately a bad business decision. A major impetus, first off, would be cost. The back log inventory would be prohibitively expensive due to the basic structure of a GPS chip. Further, the process of implantation due to size would be a more expensive and invasive surgical procedure, opposed to the way RFID microchips are implanted with a syringe and no more evasive than a routine vaccination.

Other reasons include fear over a big brother situation or even worse, the mark of the beast.

Either way- good, bad, or indifferent, until it’s perfected GPS stays on the collar. 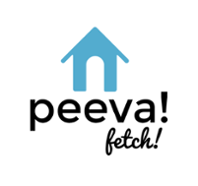